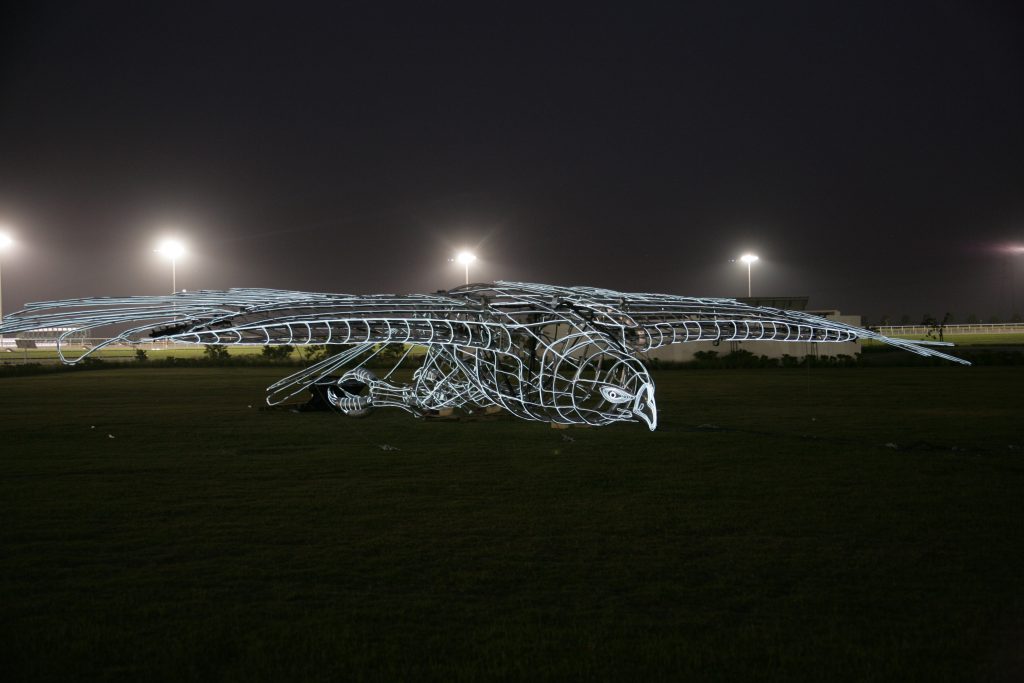 The falcon was designed in 3D Studio Max and then exported to ACAD as a series of lines. These lines were converted into pipes of 50mm Dia and 25mm Dia to define the various parts of the bird.

Once the 3D computer model had been approved, we manufactured a series of wooden jigs to enable the metal fabricators to follow the shapes required and the jigs could be reversed for the opposite side. The whole structure was crated and sent to Dubai for the horse racing event Meydan 2010 where it was suspended from a helicopter and flown around the horse track during the opening ceremony.

The tubing of the structure was highlighted by the use of 1Km of 3mm electro-luminescent wire which was powered from the helicopter and could be switched on and off as the bird flew.